About John Murch and the radionotes podcast 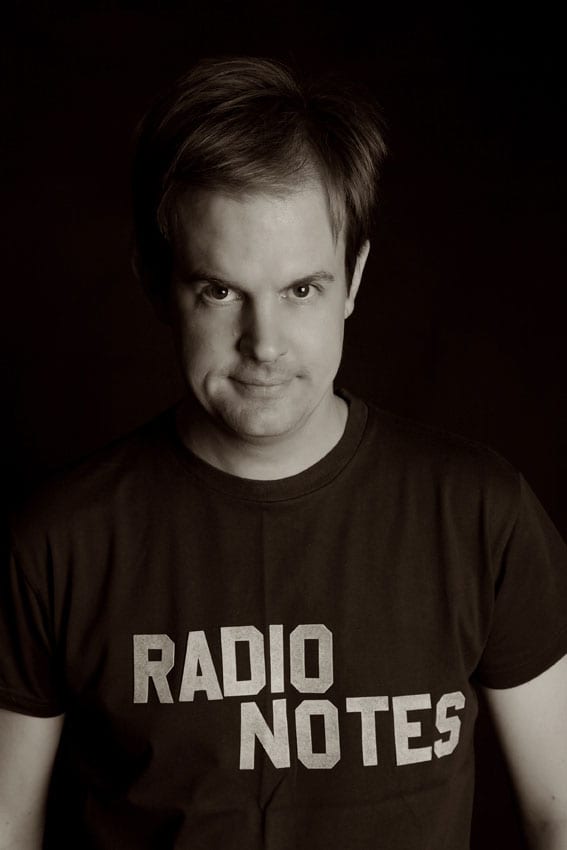 About this podcast and podcaster

radionotes is a weekly (that is plan) chat between guest and host John Murch, bedded in format of audio that would sit well on the wireless as it would to – the form originally edited for – a Podcast.

John has been a broadcaster for many decades, last role doing everything for a late Sunday night – due to day-job (not media) commitments across the week – program. Each Monday, faced with correspondence asking ‘where is the podcast?’.

John holds onto the values of live radio and is still looking to chat with some of the great musicians and people across life. This project will also give chance to shine a new light on the audio that currently sits in the archives.

radionotes has been nominated for Best Entertainment Podcast at the 2022 Australian Podcast Awards.

Those in music talk life, those in life chat music… and more.

Those in music talk life, those in life chat music… is the one liner of what the radionotes podcast is about. A lot of colour will come also from ‘and more’, with plans to add to mix as each episode is released. At the core of each, will be a chat/conversation where a guest will be given more time than normally would be allowed on the radio.

Martin Kennedy and All India Radio have been commissioned to produce theme, sweepers and like that can be heard throughout.

In past, John has chatted with likes of Sia, Peter Hook (Joy Division), Marina Prior to name just three music minded folk. But, also numerous others that may not be well known names but have equally great stories to share.

radionotes is also about chatting with those in life – book publisher under thirty, famous milk-bar owner, sitting politician and more ready to be shared.

Each episode will also have stack-of-stories that can be referenced back to this site and charts.

No sponsors. While not the most cost-effective way to go it means there are no dollars behind what is said. So, for those keen to sponsor – no thanks. It also means radio stations taking audio, do not have to be concerned of conflicts with their own.

Podcast can be subscribed (free) on iTunes, follow on Podbean and numerous other pod-catcher platforms. Pocket Casts is one that is based a few suburbs away from where each episode is produced.

Based in Adelaide, South Australia (Australia) where John has worked on local, national and international level from. Proudly bucking the trend to leave home and head East or overseas.

The best way to contact radionotes is by email - [email protected] - or by using the form below.